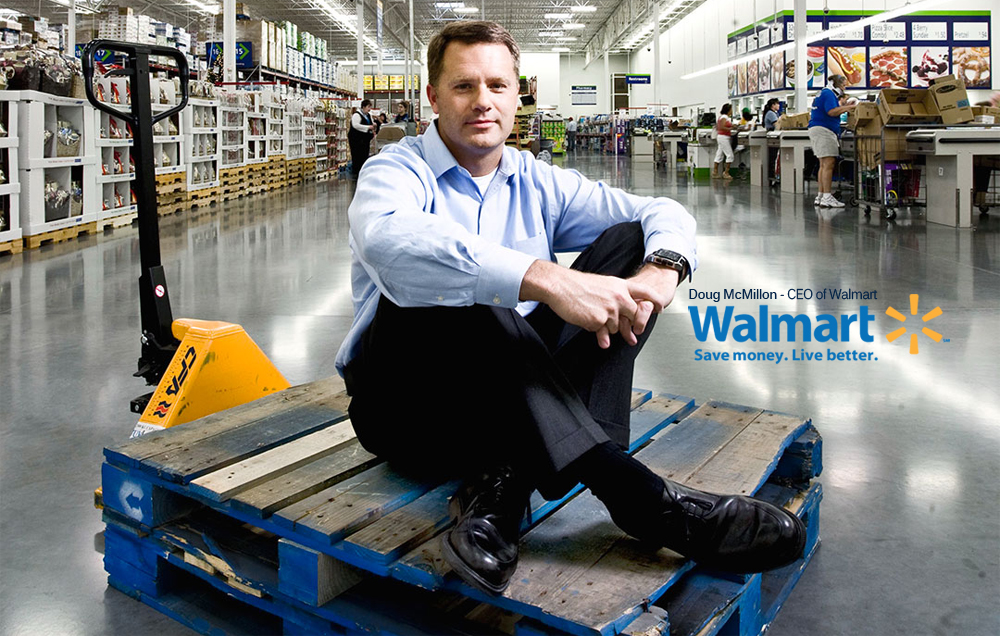 Doug McMillon (IG: @dougmcmillon) is the president and chief executive officer of Walmart, a company that, if it is a country, would be the 25th largest economy in the world. Walmart serves 265 million customers every week in 27 countries in more than 11,000 stores and online, and the company employs around 2.2 million partners worldwide, which will be equivalent to the second largest army in the world (behind China) if it is tasked with maintaining 25 companies that is. biggest economy.

75 percent of Walmart’s store management team starts as an hourly partner, and Doug is no exception. He began in 1984 as a summer association at the Walmart distribution center, and in 1990 while pursuing an MBA, he rejoined the company as assistant manager in Tulsa before moving to merchandising as a buyer trainee. He worked hard, and from 2005 to 2009 he served as president and CEO of Sam’s Club (owned and operated by Walmart) with sales of more than $ 46 billion every year during his tenure.

From February 2009 to 2014, Doug served as president and CEO of Walmart International, Walmart’s rapidly expanding operating segment. He has served on the board of directors for Walmart since 2013 and is currently chairman of the executive and global compensation committee. In addition, he served on the board of directors of the Consumer Goods Forum, the US-China Business Council and the Crystal Bridges American Art Museum. He also served on the Business Roundtable executive committee and advisory board of the Tsinghua University School of Economics and Management in Beijing, China.